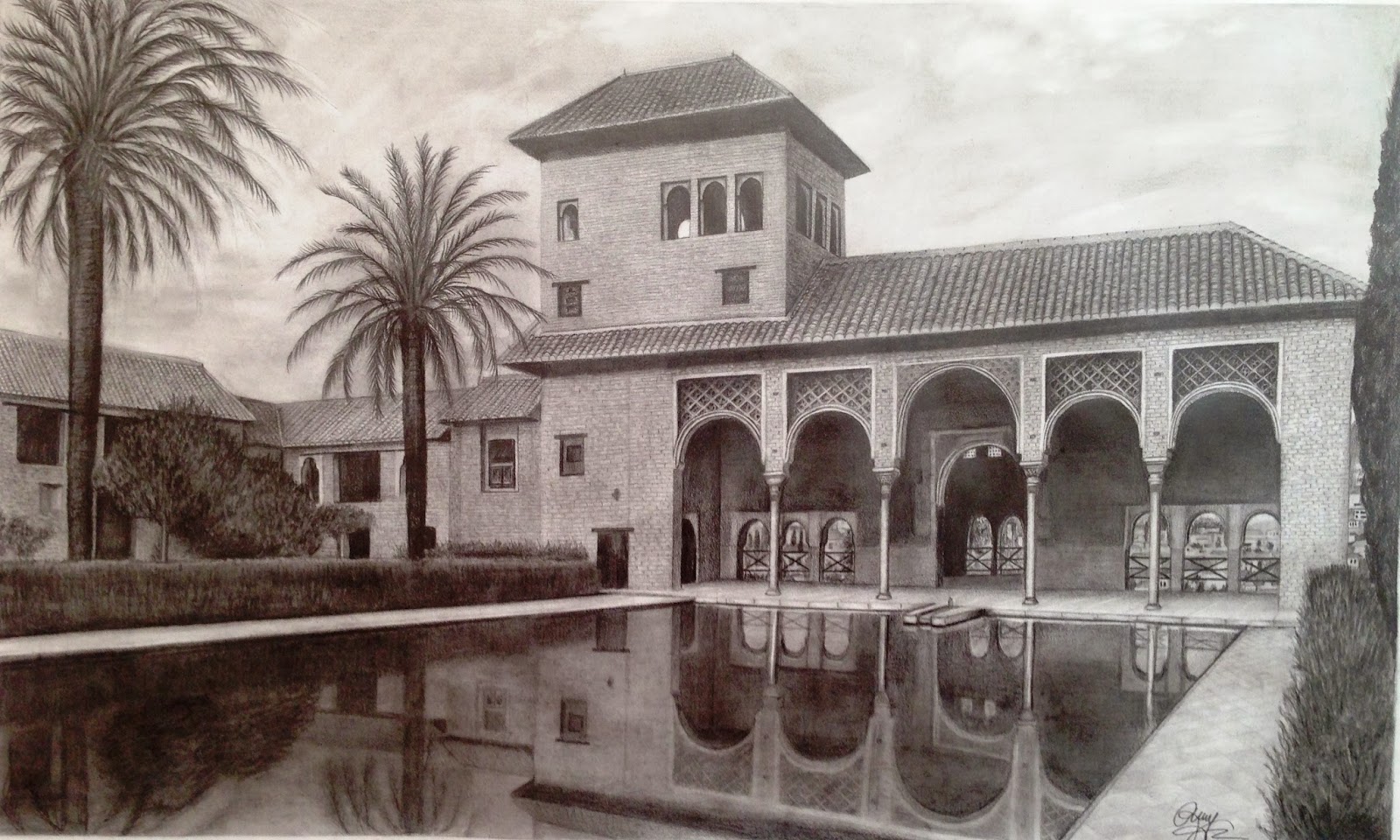 Today’s drawing depicts one of the medieval architectural wonders that has fascinated the world up to our days: the Alhambra palace, considered to be the most precious sample of Moorish architecture and a magnificent symbol of Arabic conquest in Spain.
The Alhambra Palace (Qalat al Hamra, which can be translated as ‘the red castle’, with reference to the reddish color of its walls) is situated in Granada, Spain. It was first constructed as a small fortress in 889, rebuilt and renovated in the middle of the 11th century and converted into a royal palace in 1333 by Yusuf I, Sultan of Granada. The Alhambra had been extended by the different Muslim rulers who had lived in the complex, and was completed towards the end of Muslim rule of Spain by Yusuf I (1333–1353) and Muhammed V, Sultan of Granada (1353–1391) After the Reconquista (1492), some portions of the complex were used by the Christian rulers. Unfortunately, Alhambra fell into disrepair and suffered from vandalism and improper restorations until the 19th century, when it was rediscovered and renovated by the European scholars and travelers. Nowadays, it is one of the top attractions in Spain.
Which are the reasons why this complex stands out? Apart from its exquisite interior decorations in contrast with its solid exterior appearance, Alhambra is a symbol of beauty, a proof that the sense of the genuine art does not vanish in time, created to resemble ‘the paradise on earth’.
My drawing represents the Portico and the pool of the early 14th-century Partal, in the Alta Alhambra of the complex. Due to the big size of the drawing (50×70 cm), it was more challenging to complete than the majority of my other works, the estimated time being around 30 hours. Another reason for this is the abundance of details on the facades of the building, decorated in the Mudéjar style. The pencils used were HB, 4B and 6B. The tiny details and highlights were made using a fine eraser.
The evolution and detail pics are displayed below. Hoping that you’ll enjoy it and possibly gain interest in Islamic architecture (which I personally highly appreciate), I’m eagerly waiting for your opinions!!

You can also check out my drawing of Taj Mahal. 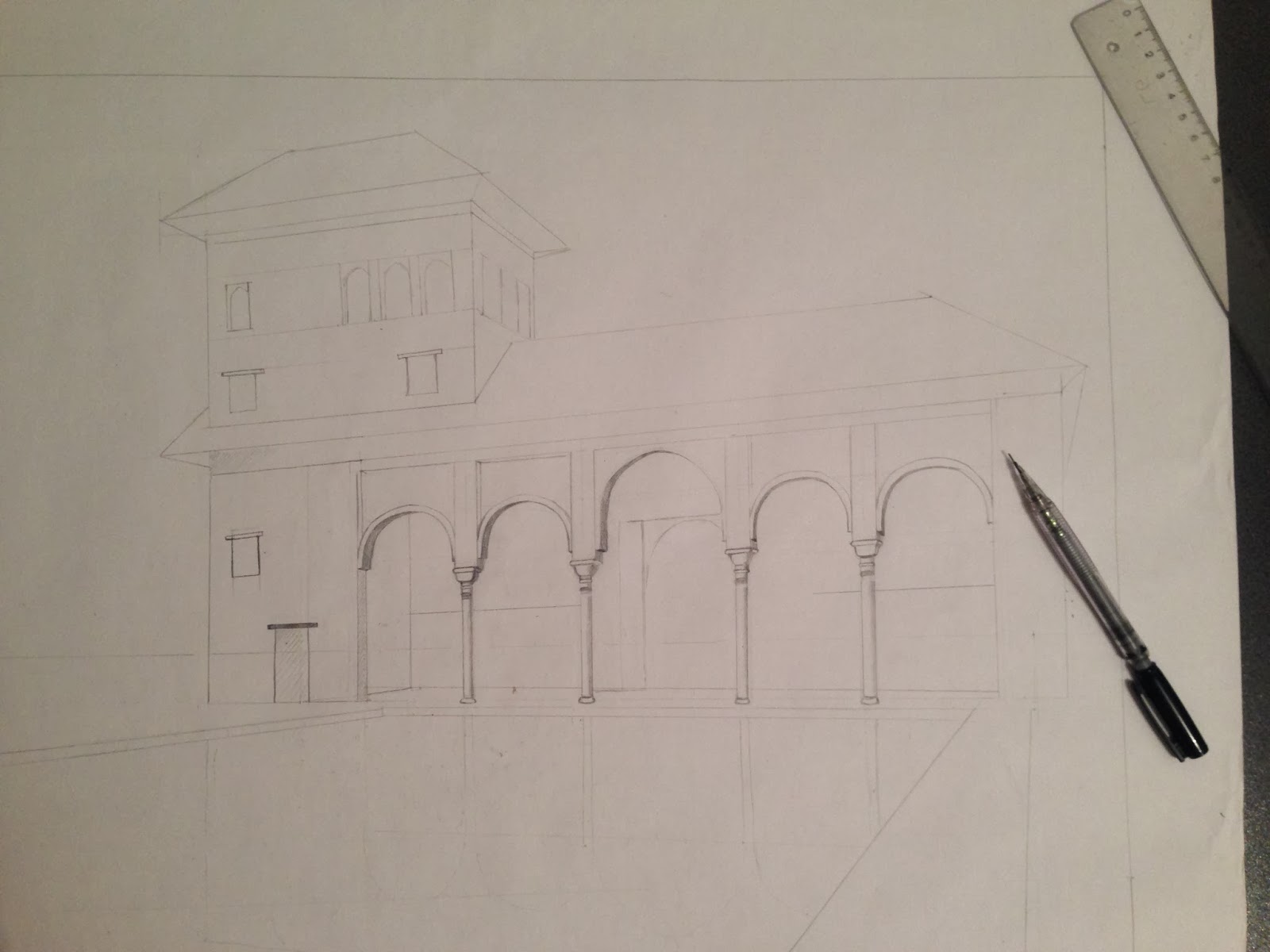 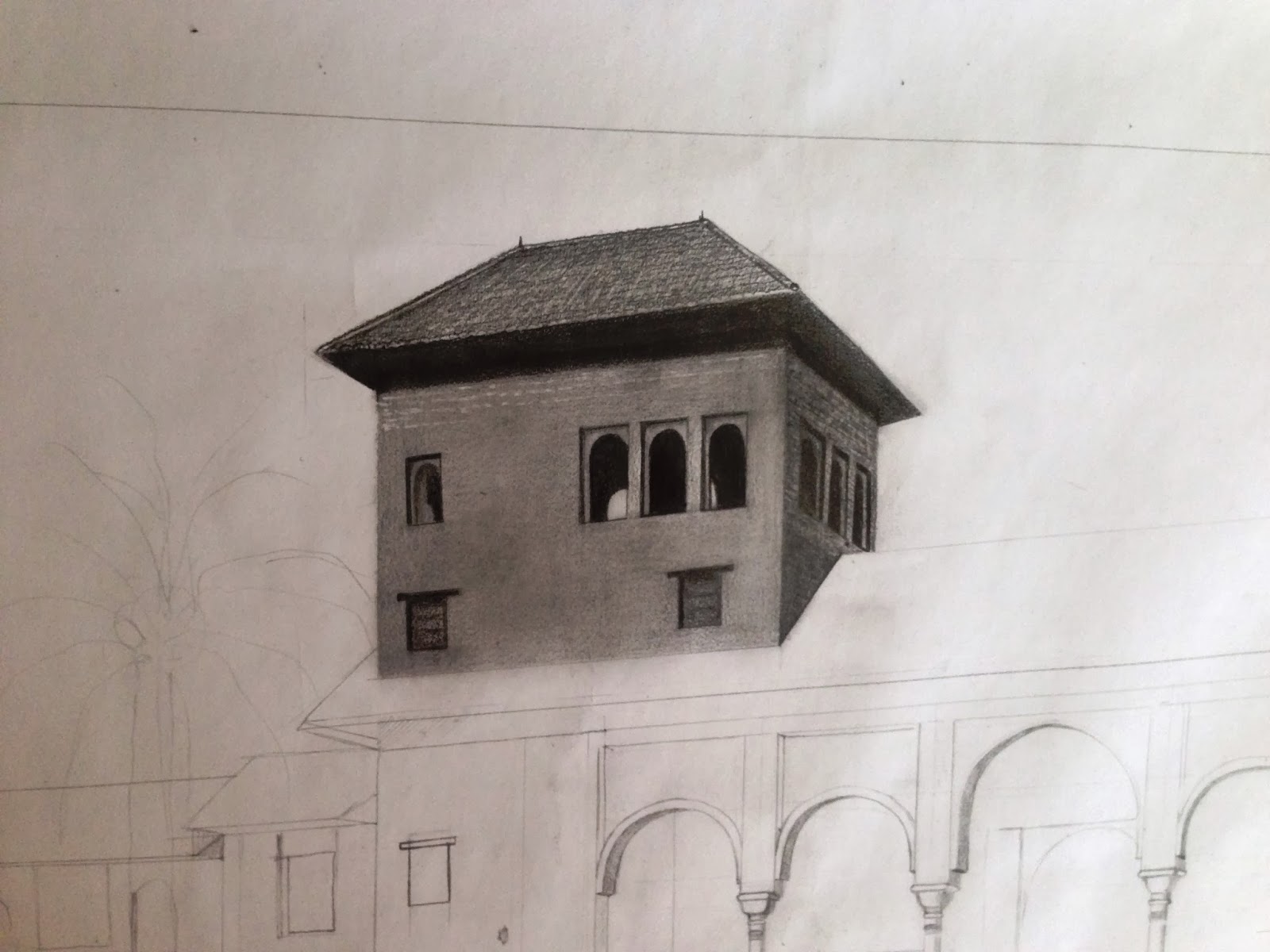 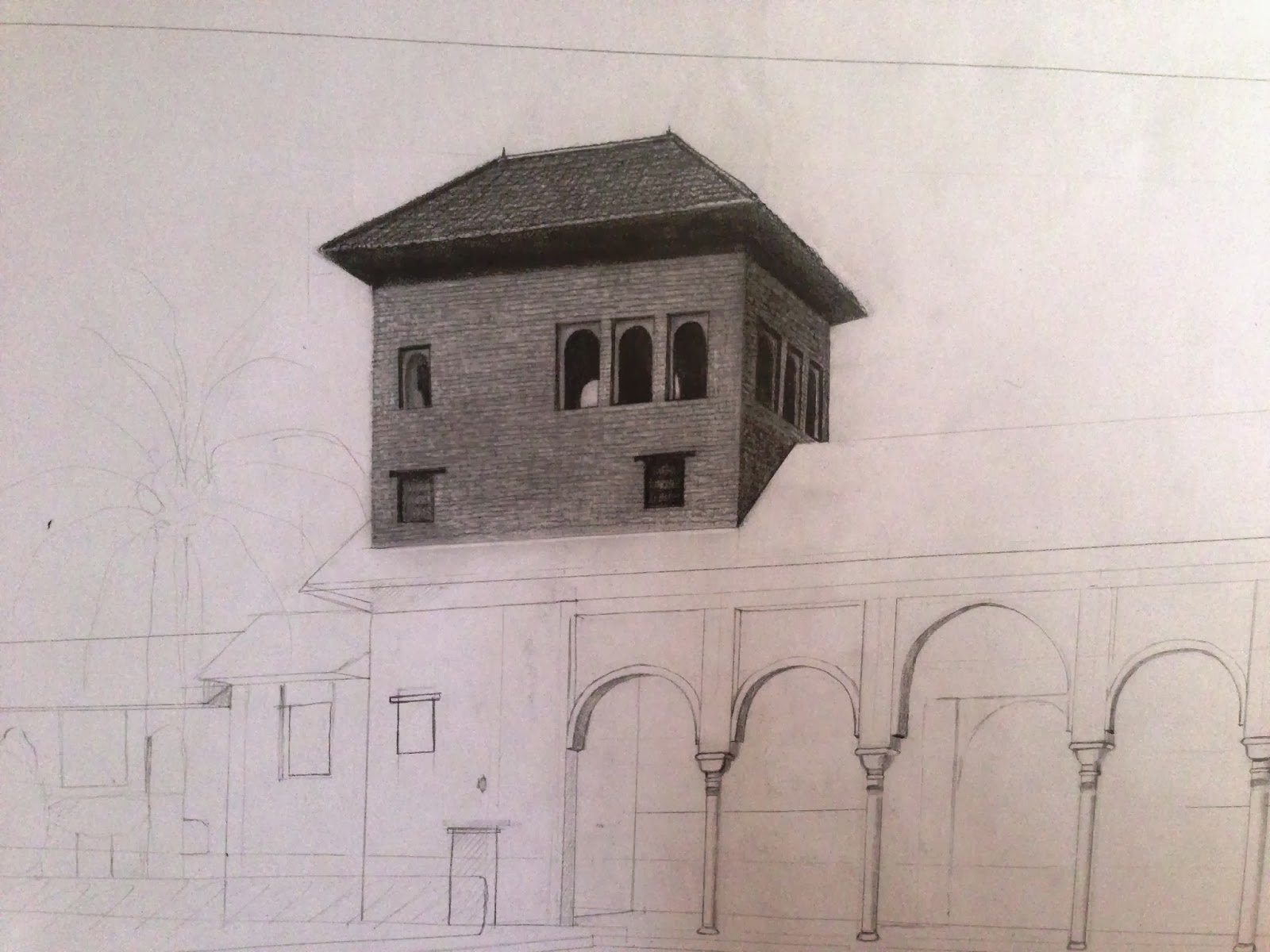 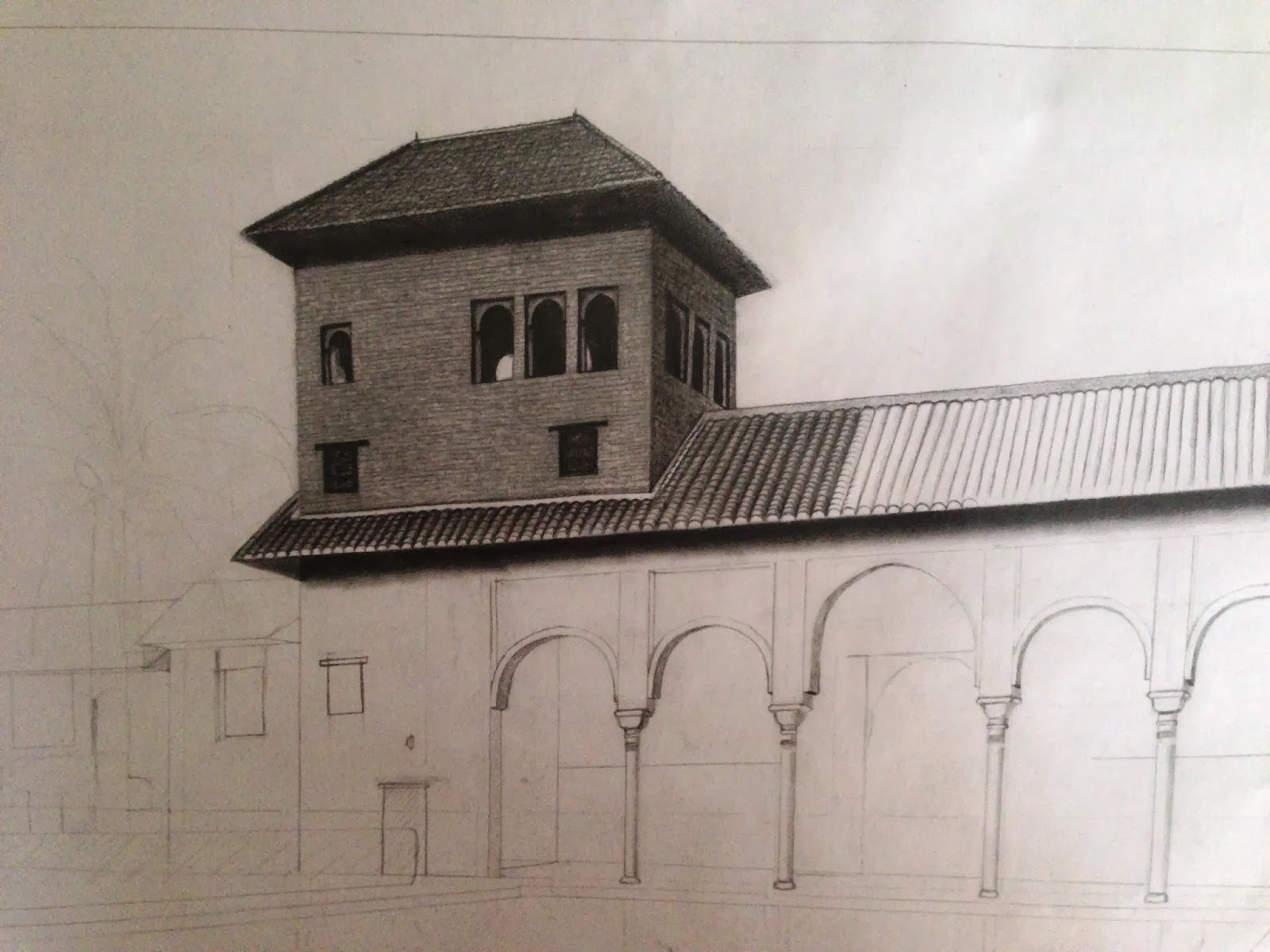 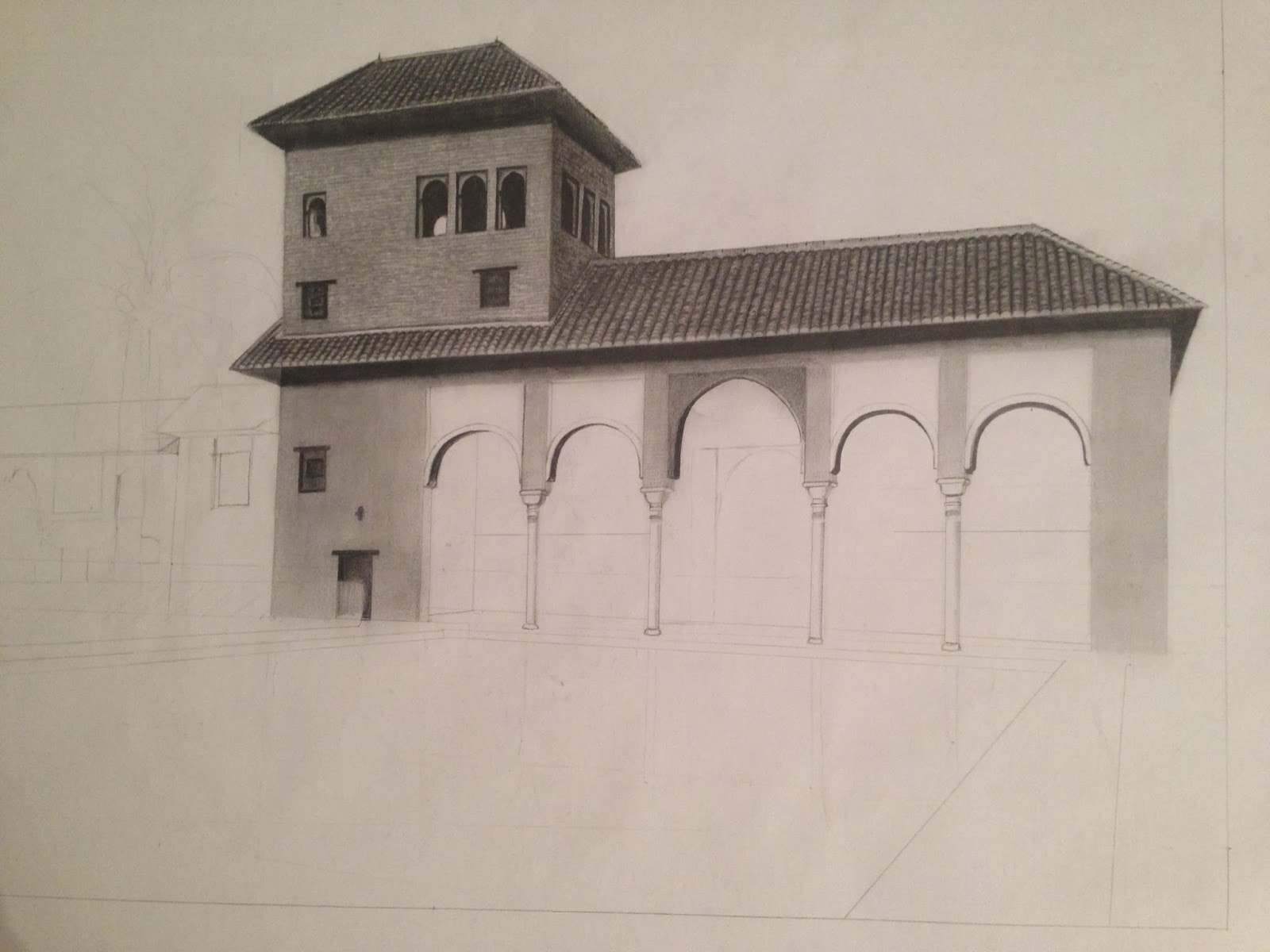 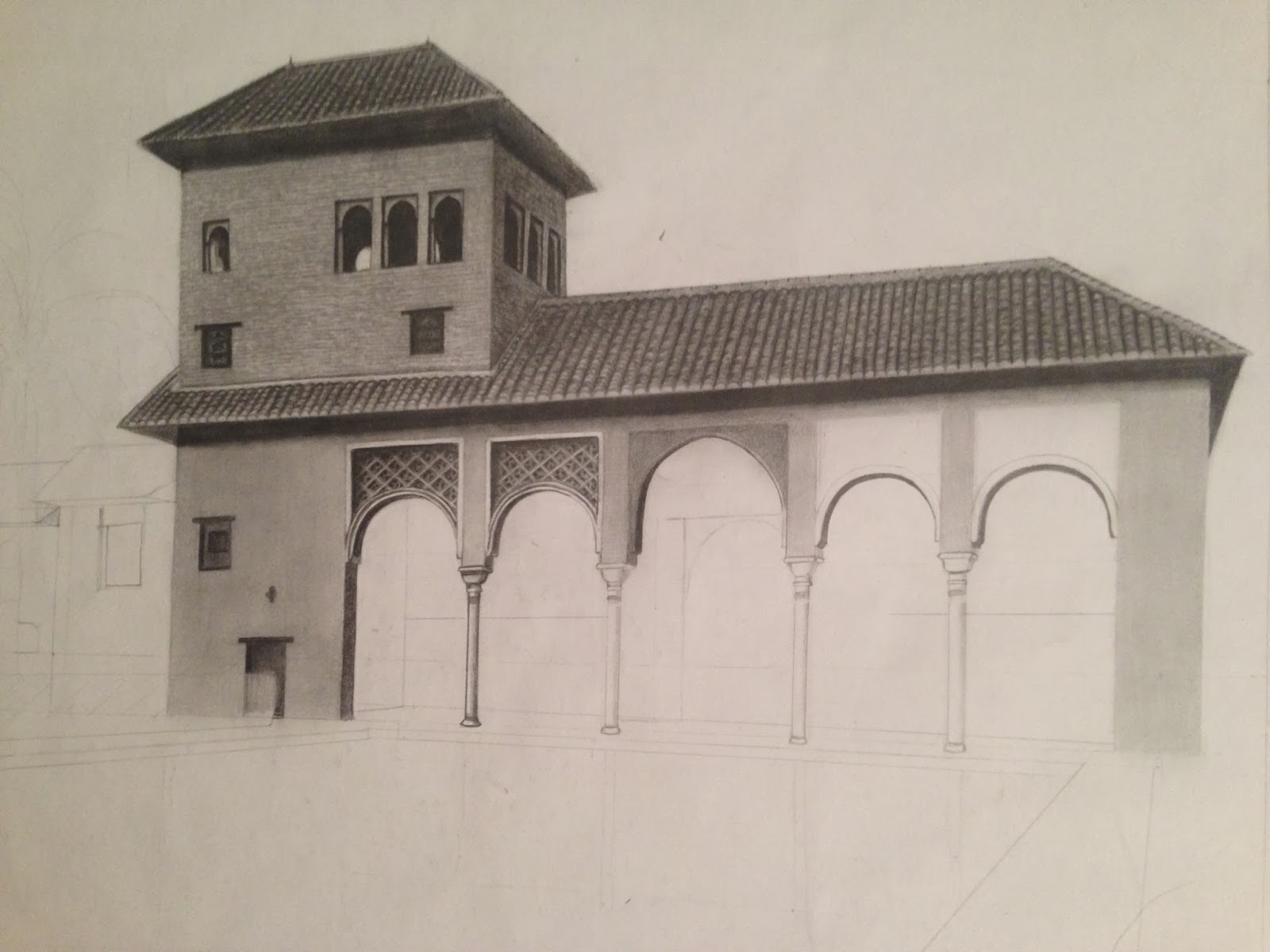 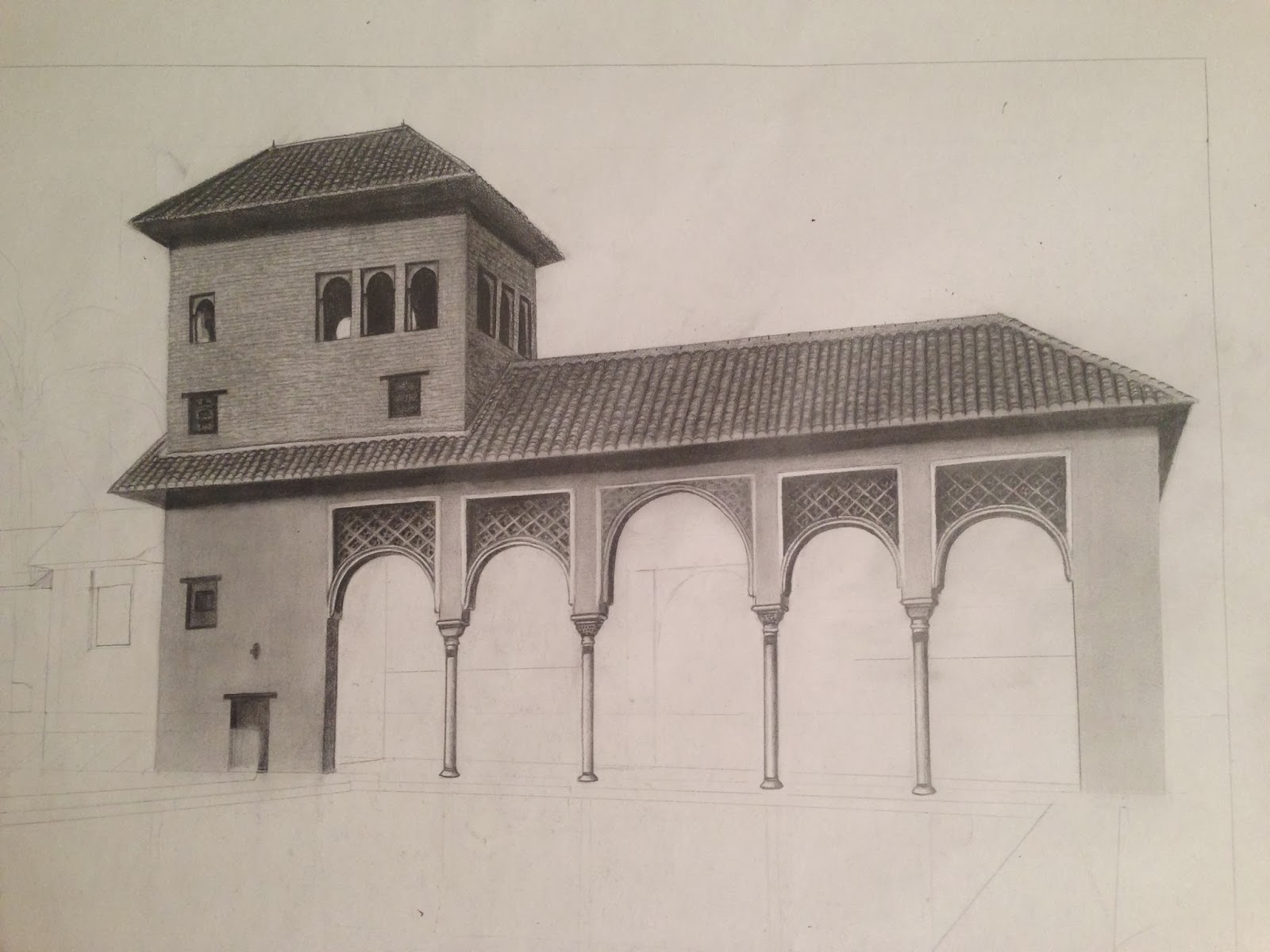 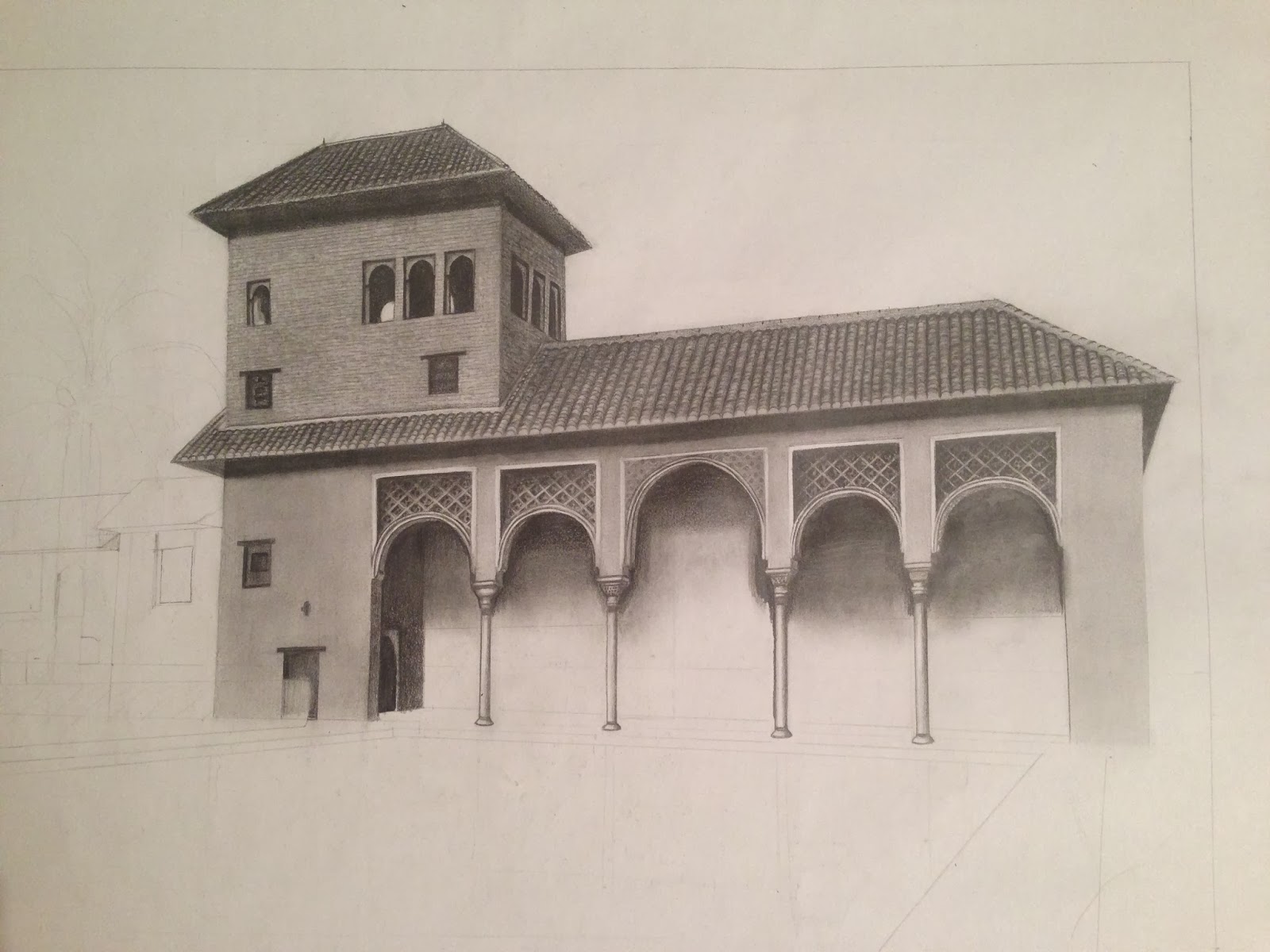 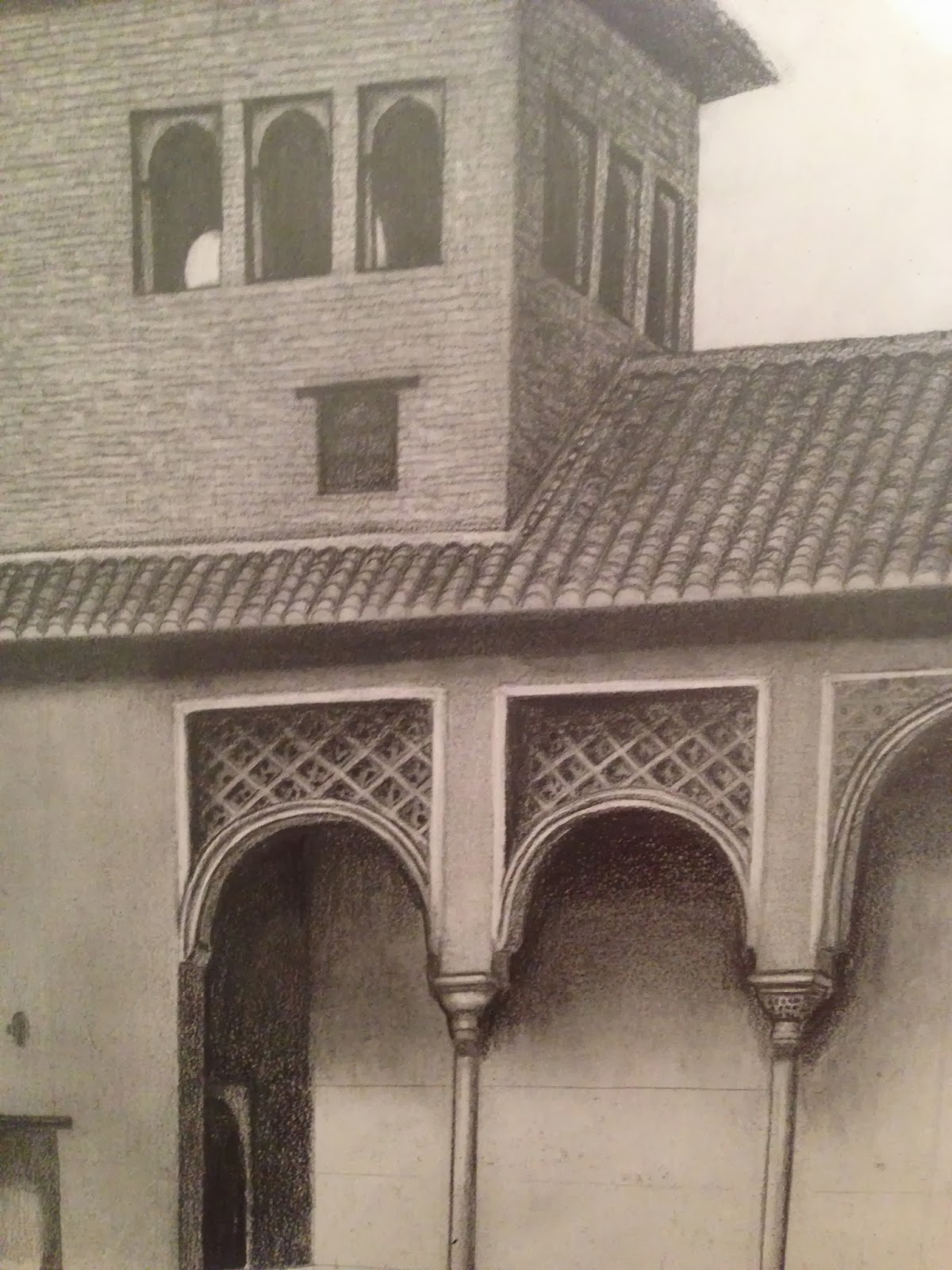 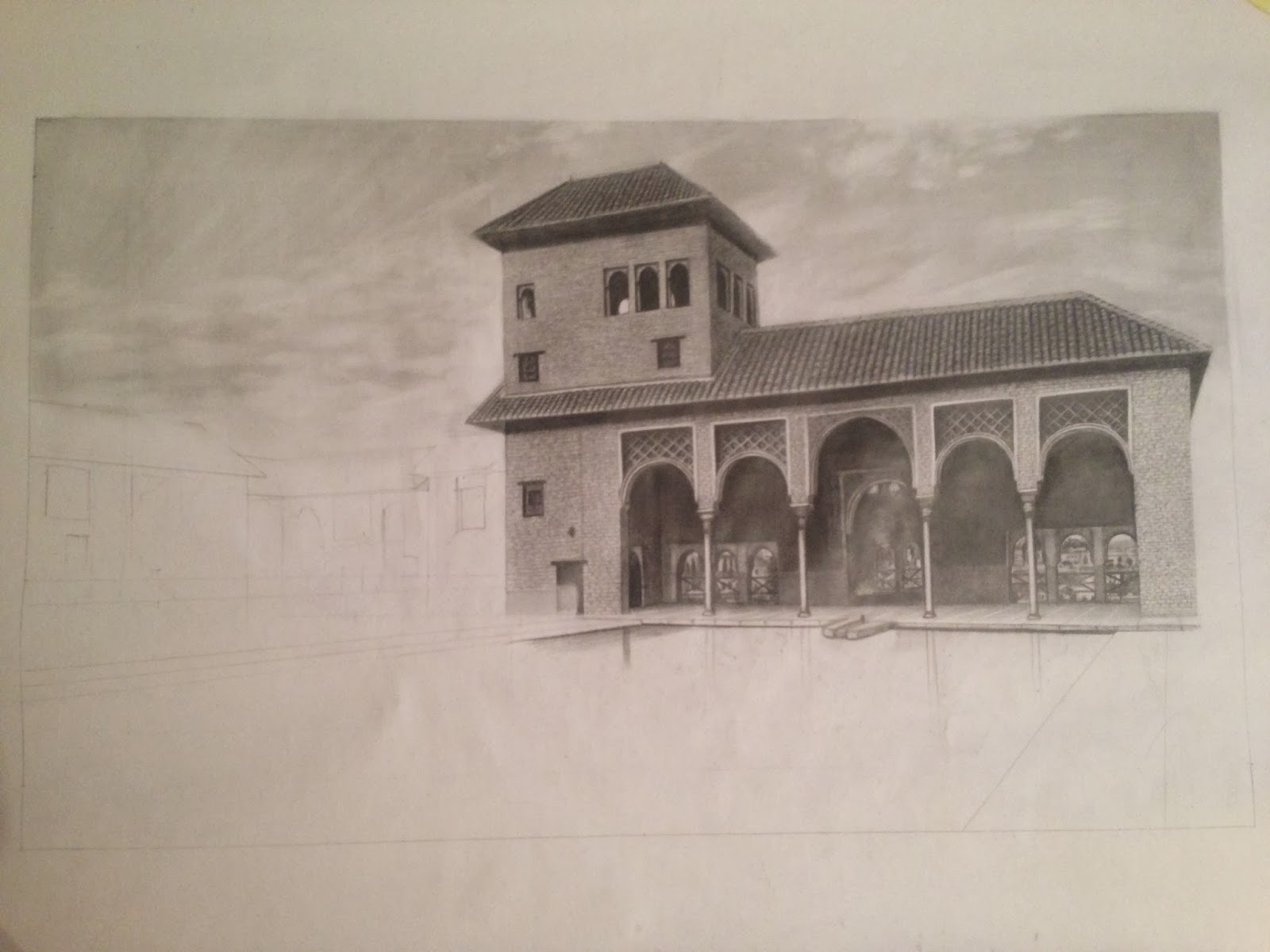 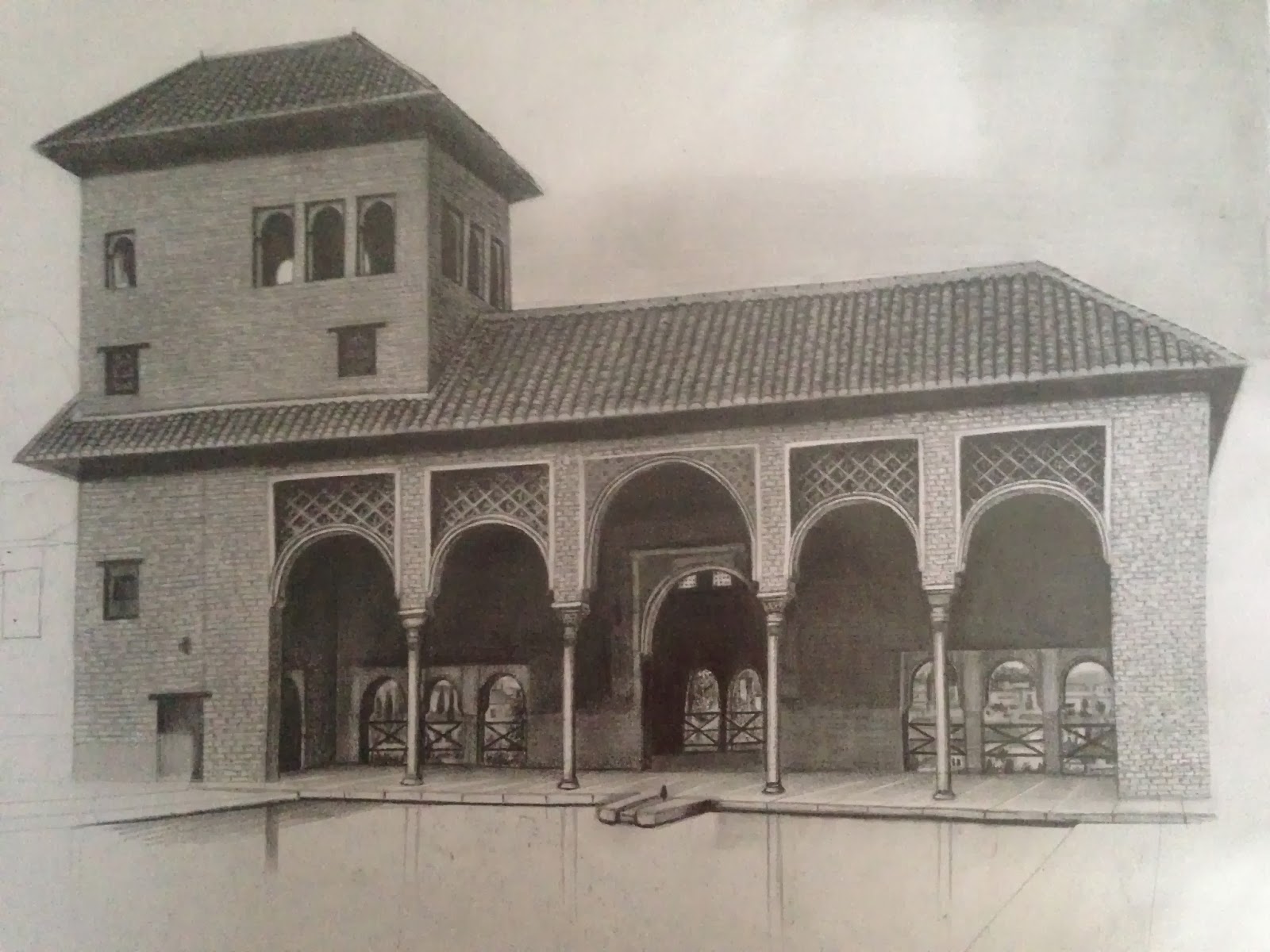 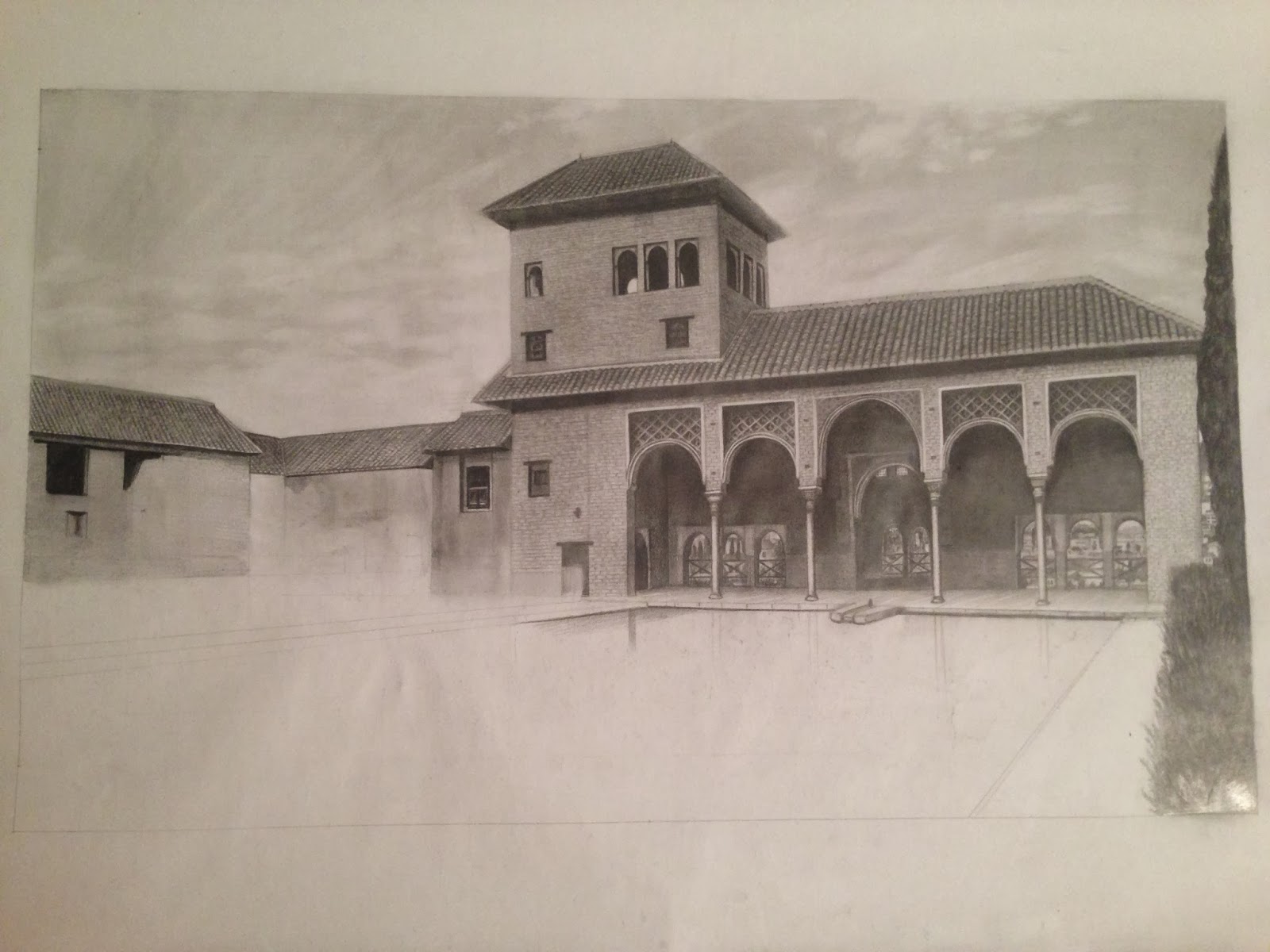 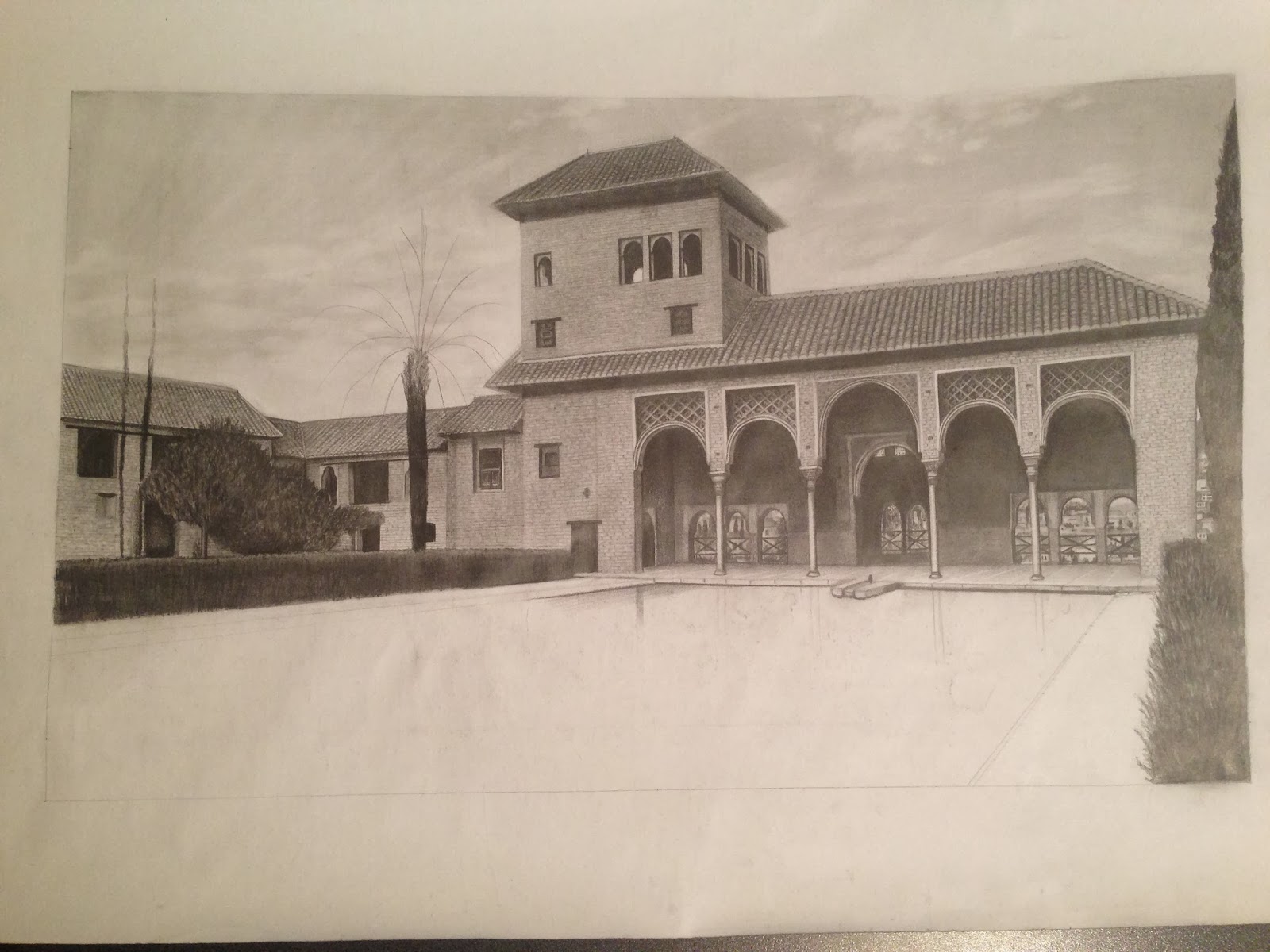 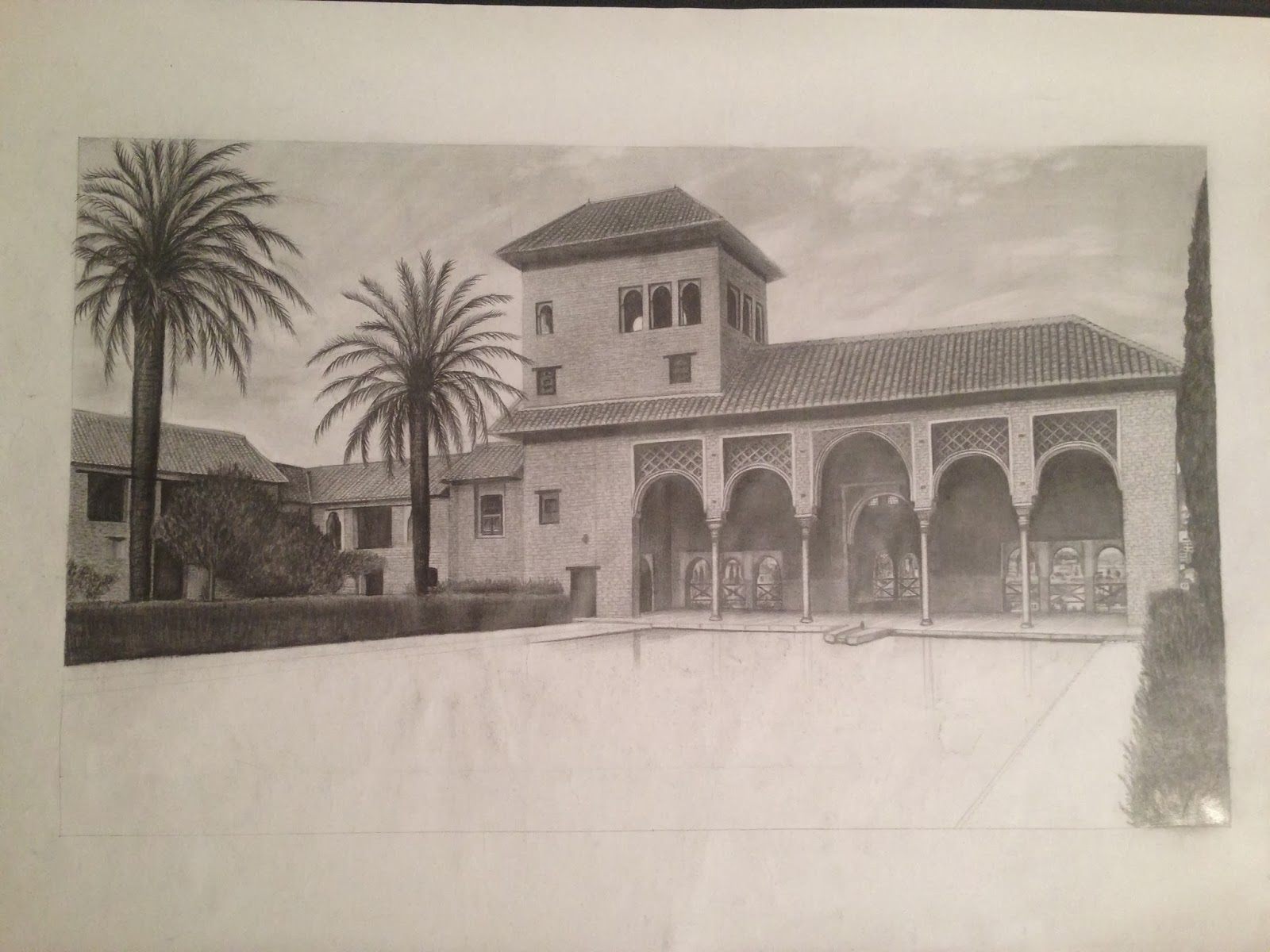 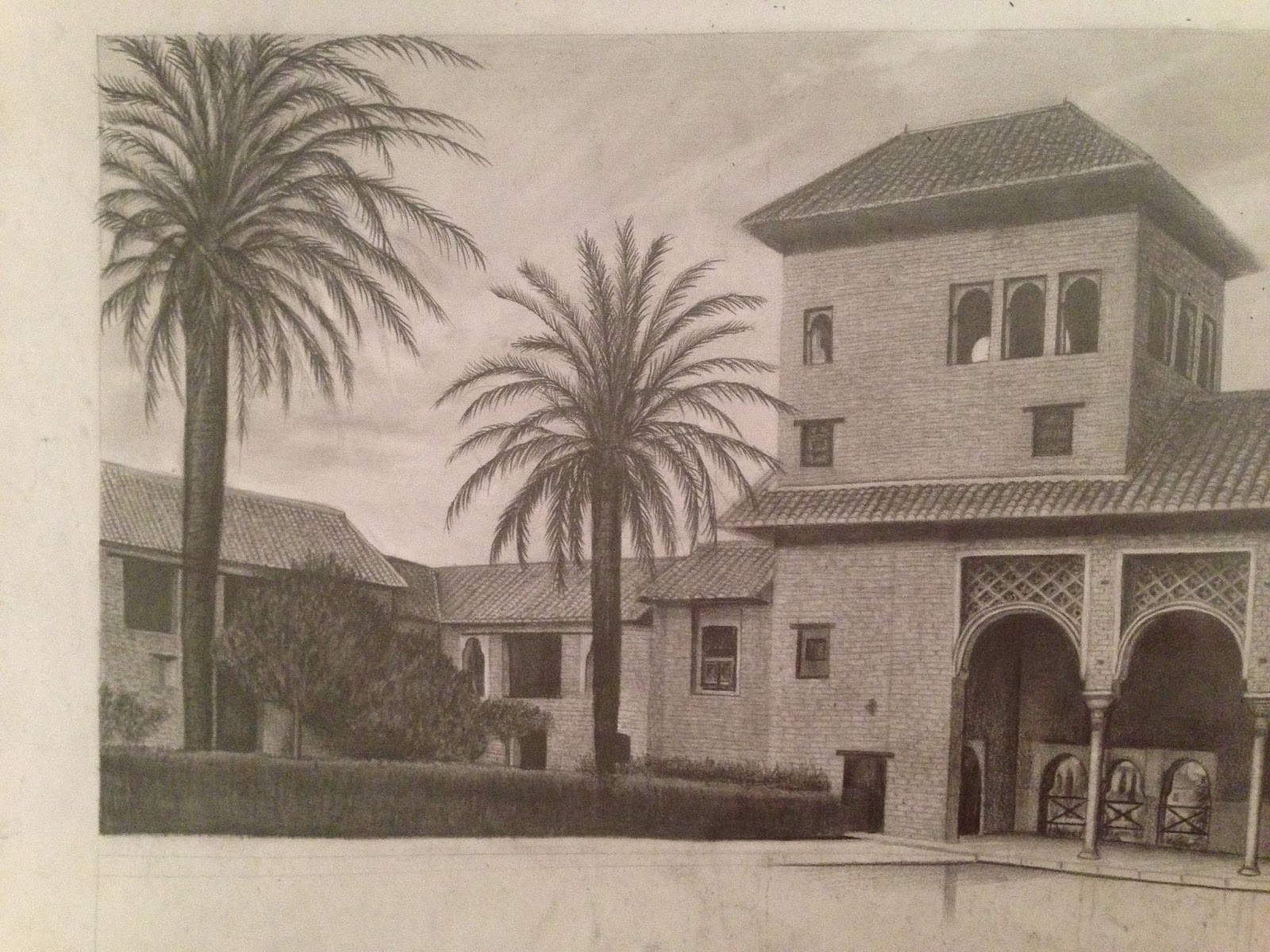 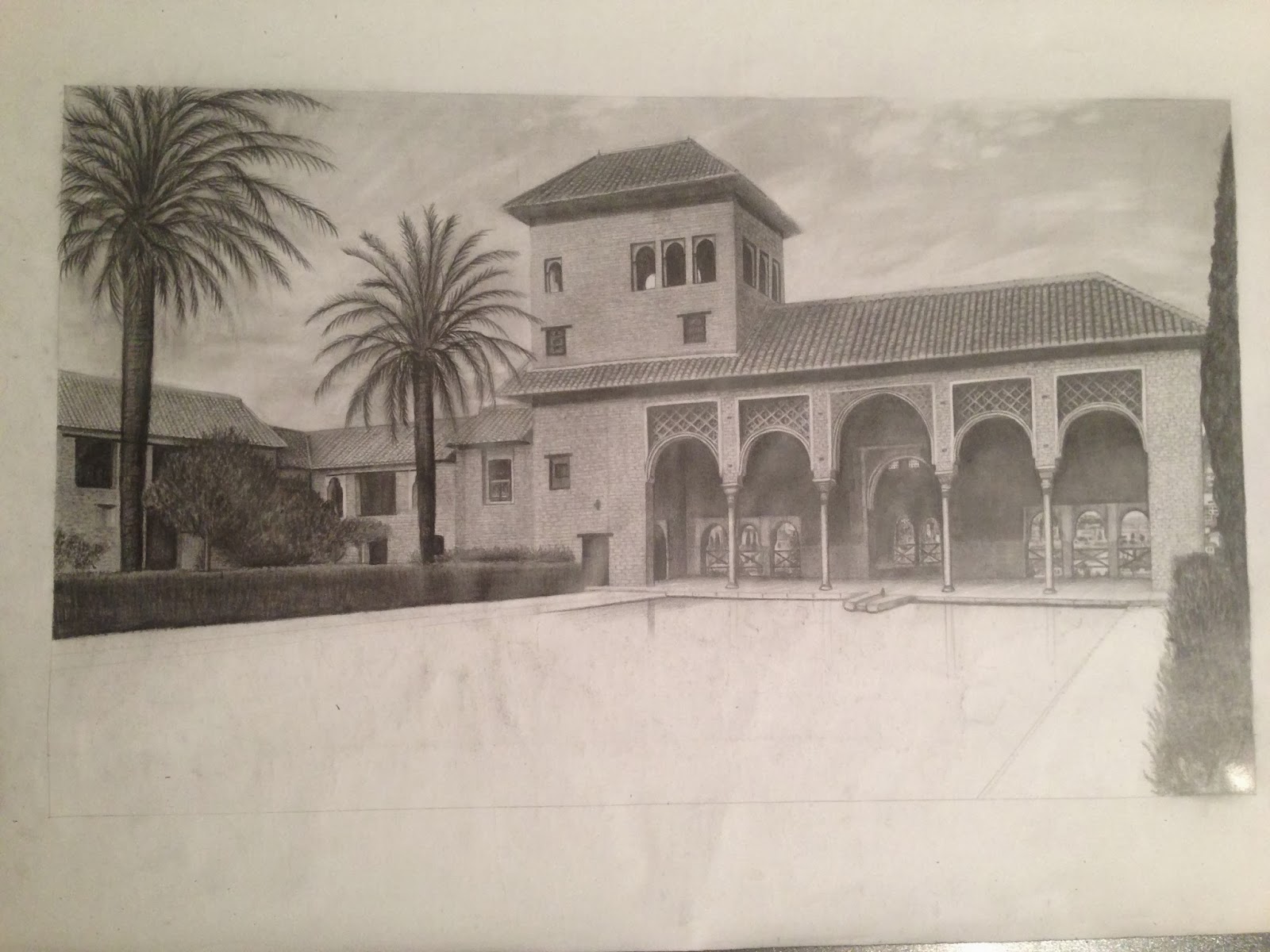 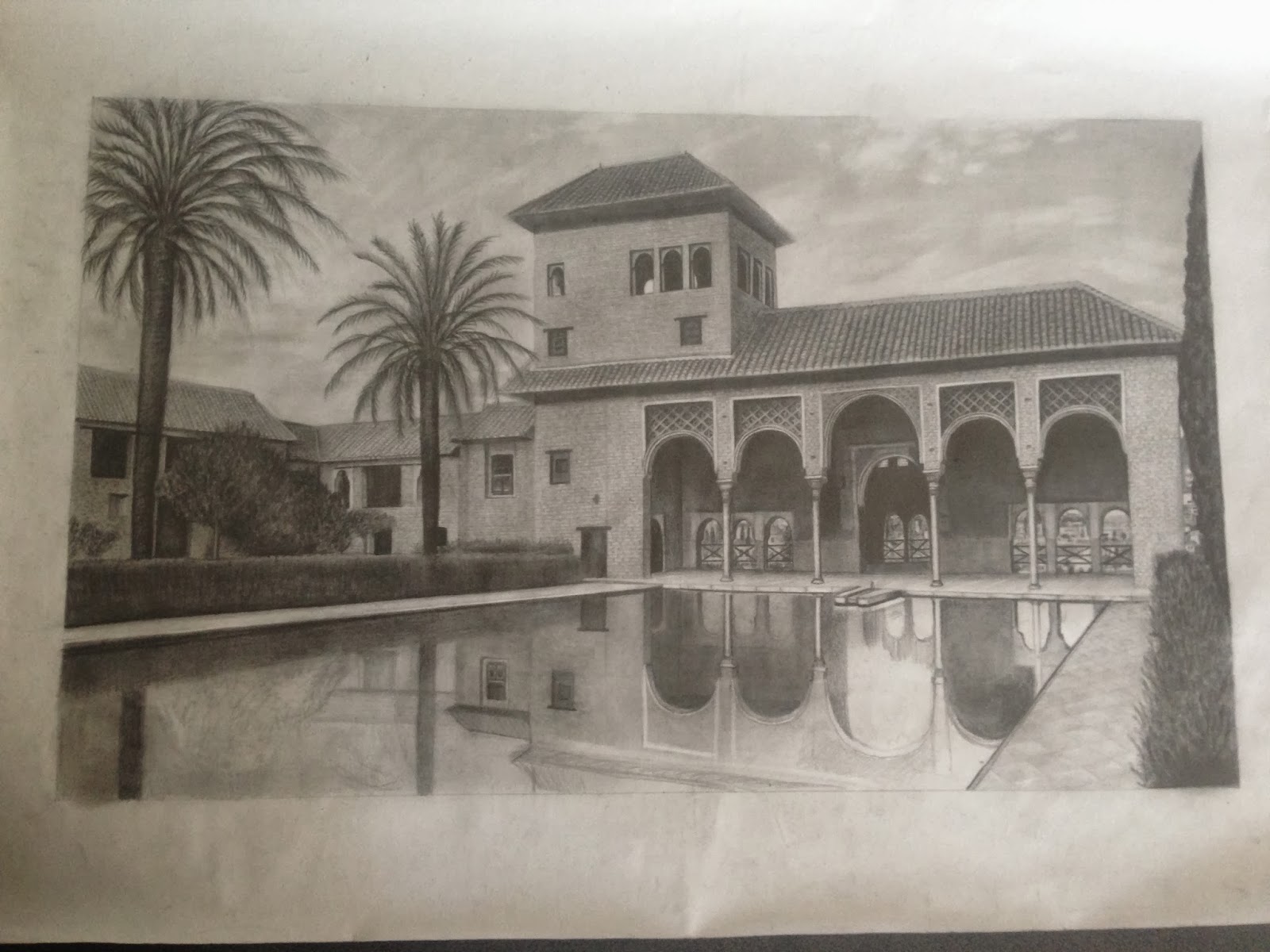 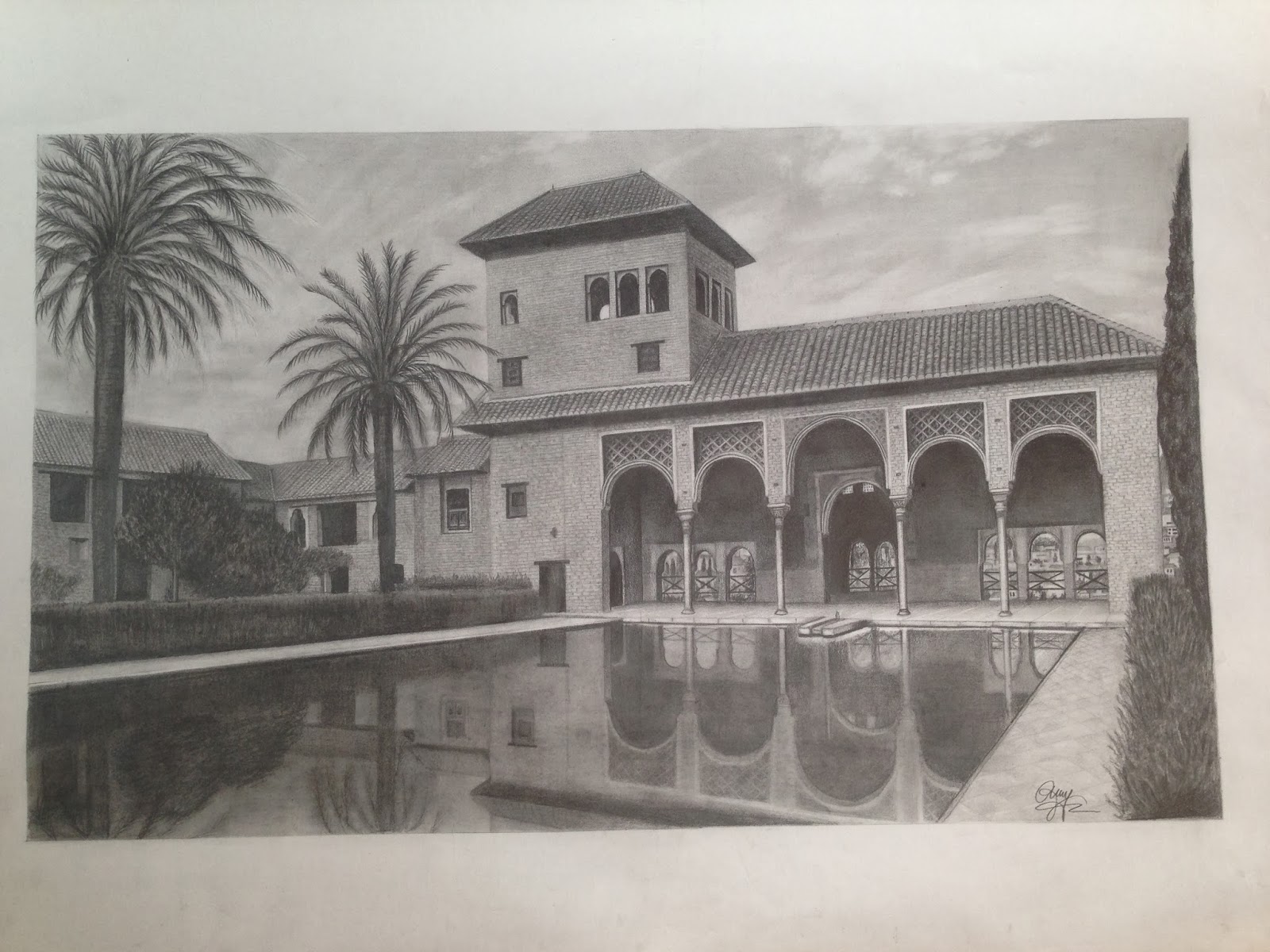 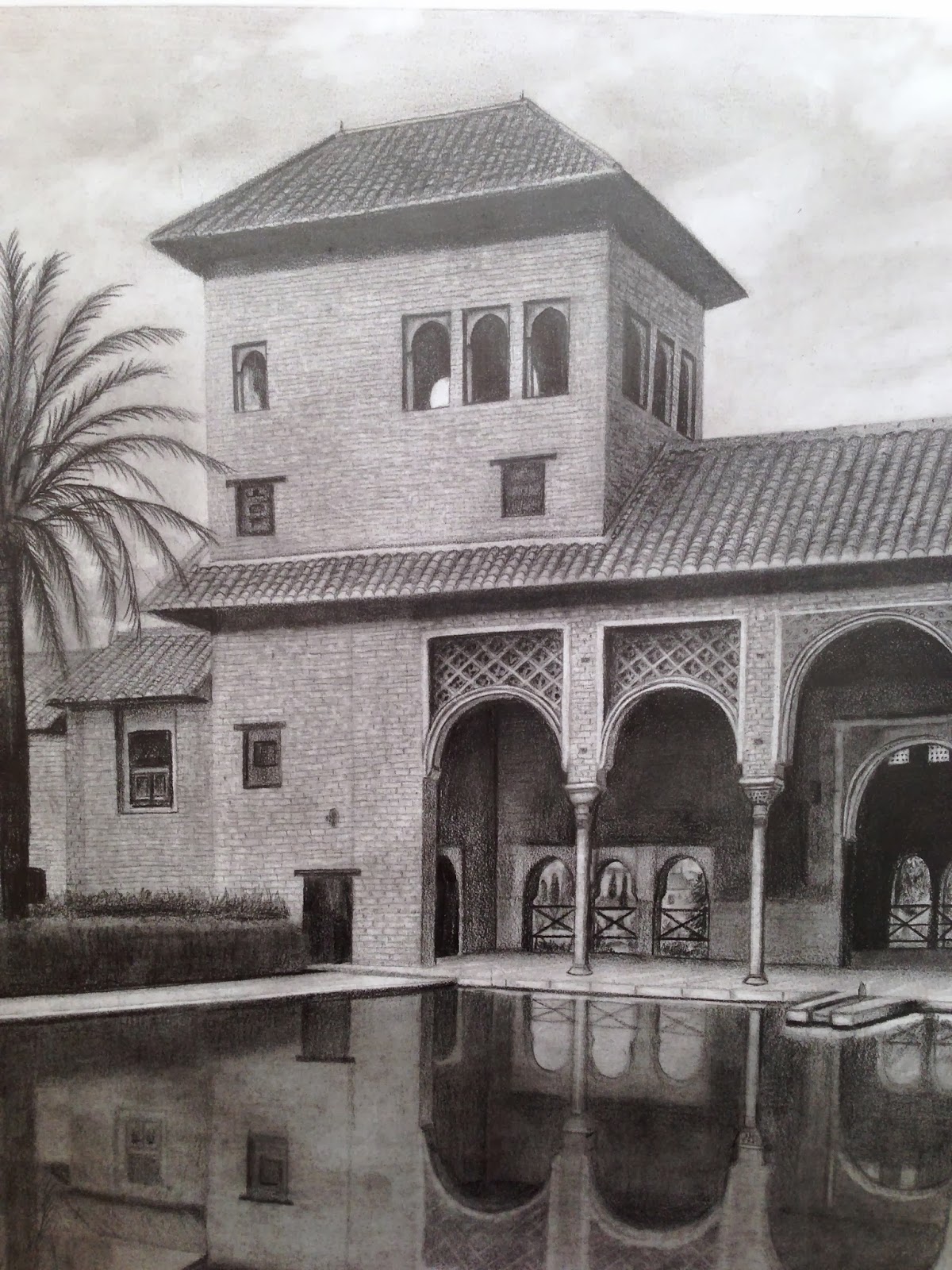 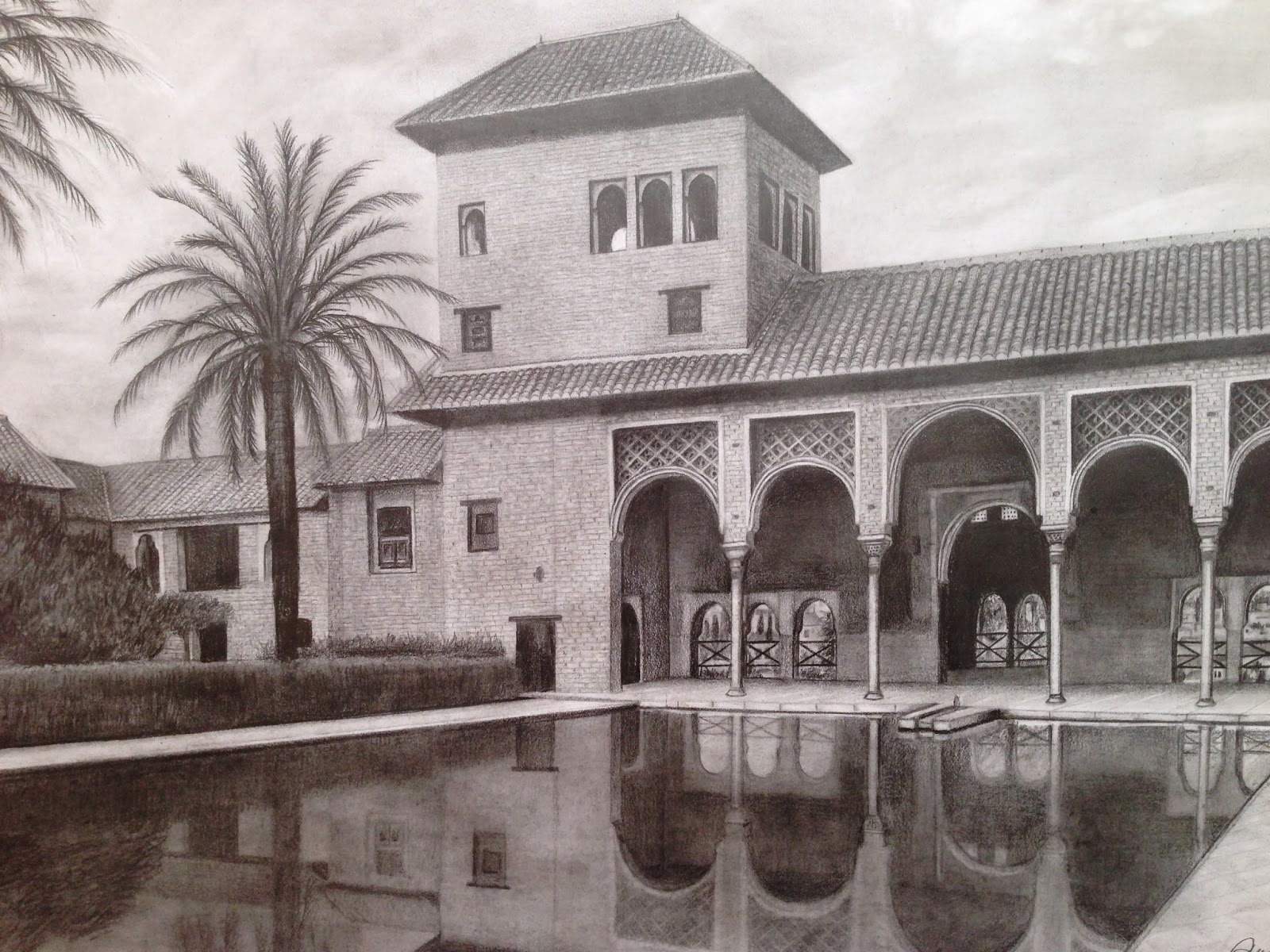 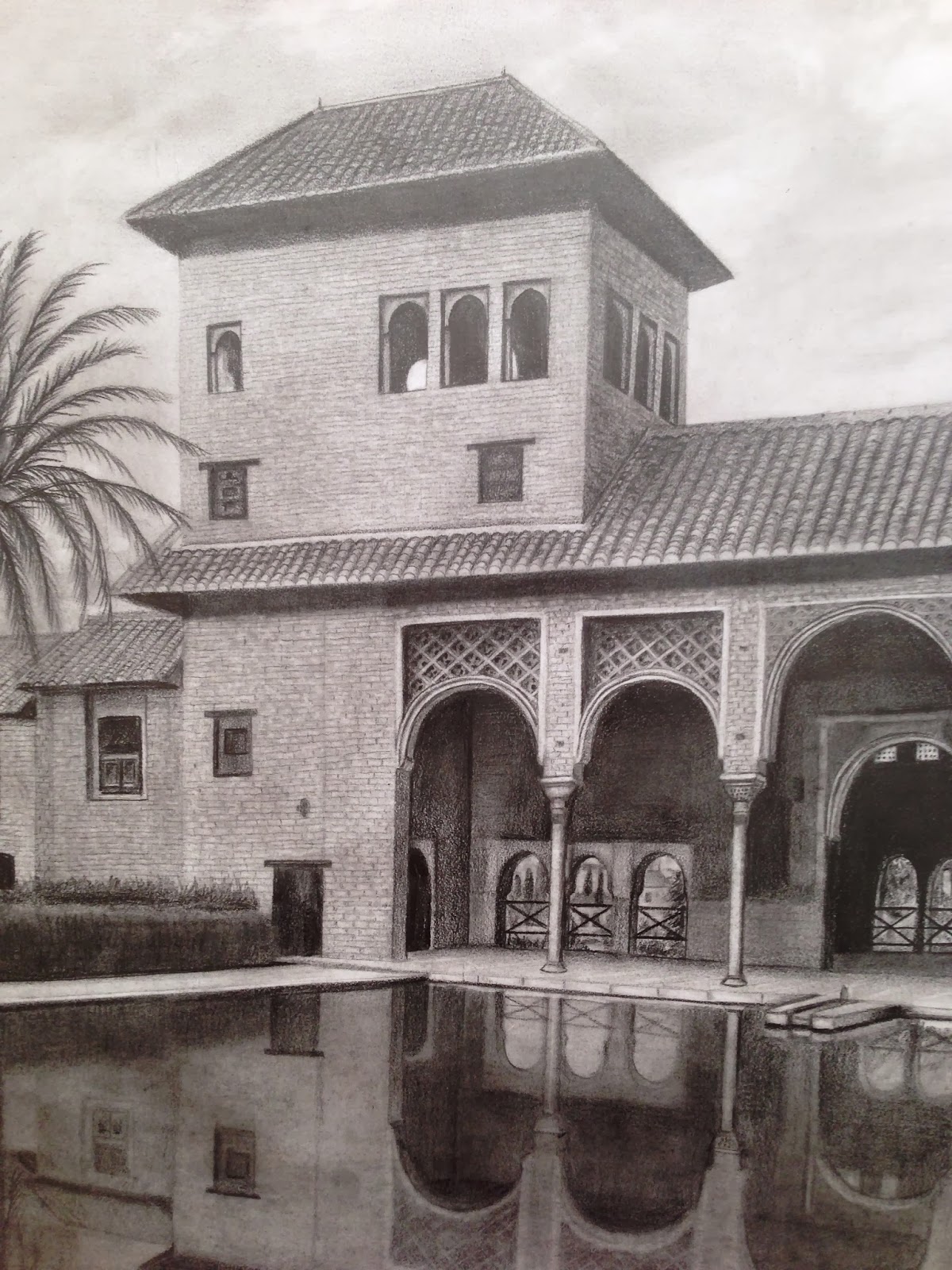 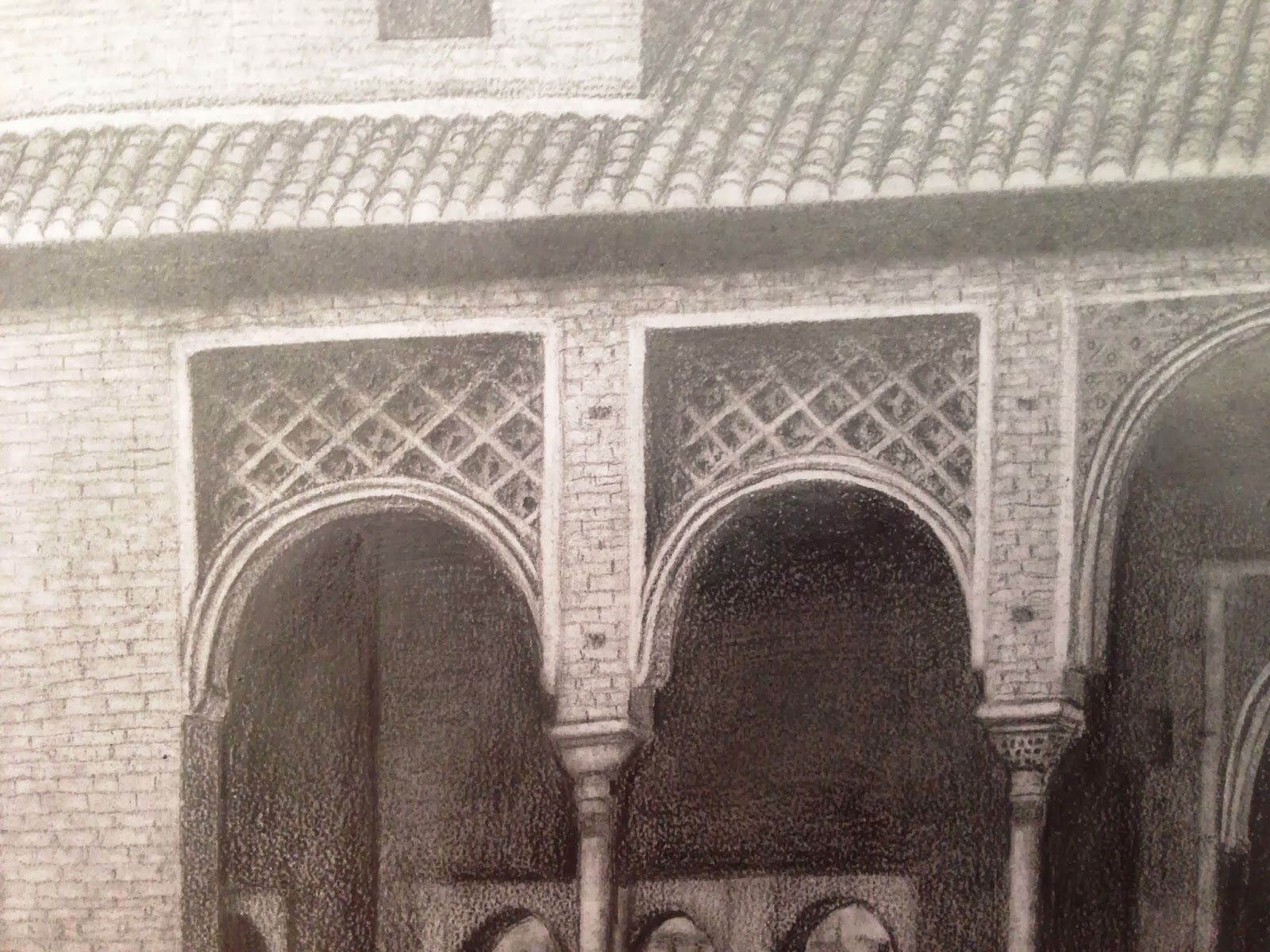 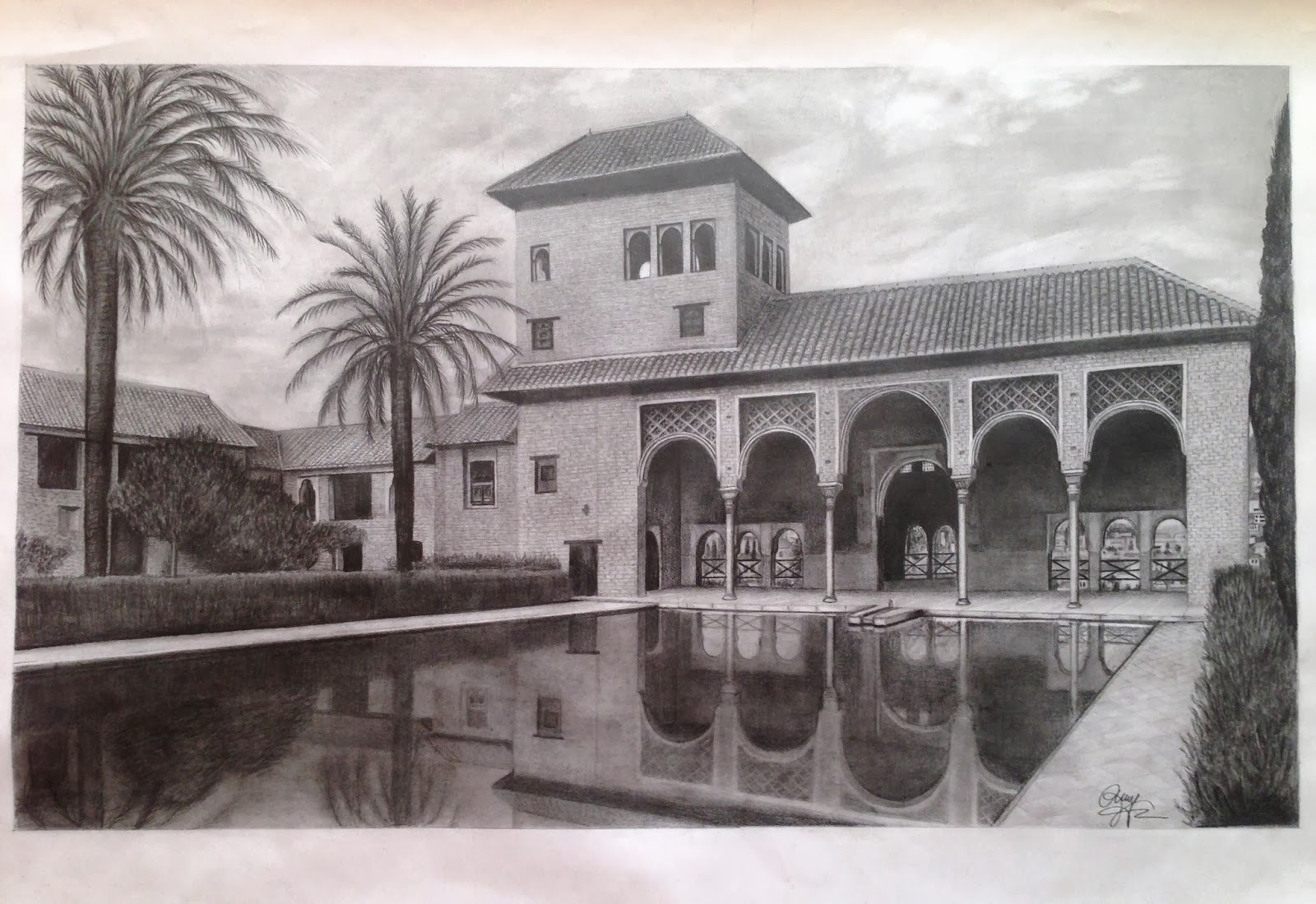